Tales from the Warren

I know I promised this epic return to blogging and now I probably don't even have any readers because that didn't happen. Let me tell you, without actually saying anything, it's been a really hard time for me lately. There's been non-stop, every day trauma from sick relatives to a sick mother to broken cars to overdue bills. It's been nuts!

Not to mention after I wrote my last few posts, which were all scheduled, I got the plague. No, really, it was plague-y. I had the Flu twice this past winter and followed it in March with a nasty fever and sinus infection. One of the issues with working around small children all the time is they have no problems sharing their germs with you.

On the plus side, there have been moments I've been proud of. I got my learner's permit. I took driver's ed, which means I've driven on the road in an actual car. I'm actually posting a fic to AO3 right now which means I'm learning to let people see my writing. And I've started cosmetology school, which is a big, big deal. 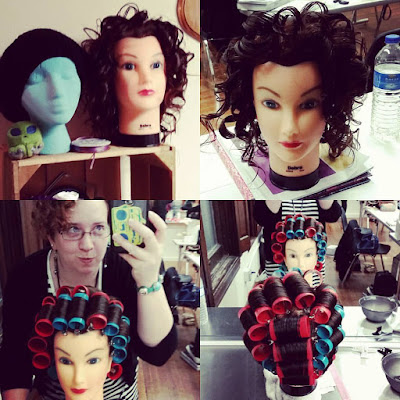 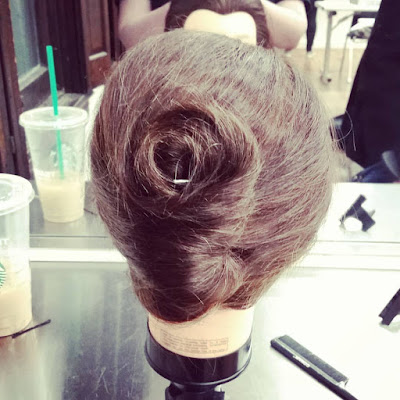 We got our first dollies last week and our kit with all our goodies inside! I didn't like my French Twist much but I really was proud of my first roller set. Now if someone could just show me how to fix my own hair I'd be so happy. 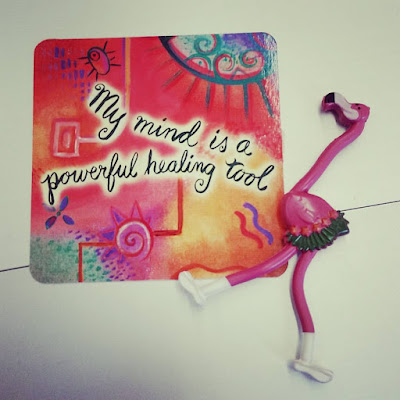 I thought this cute little toy and coaster were just the pick-me-up I needed on my second day in class. They leave these on the table in case we need to fidget, which is good because I can't sit still for long periods of time (not that we do- we're pretty much always doing something). 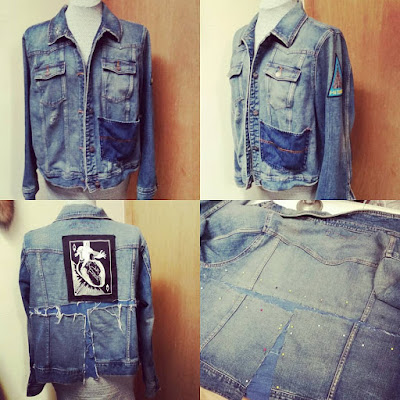 I'm not going to apologize for phone pics. In fact, I think you should follow my instagram because I love taking pictures with my phone. ;-)

And I'm still trying to keep Mad Rabbit Couture going, too.  It's hard between finding sewing time and staying inspired with everything that's been happening, but I'm trying really hard to keep the shop open (although I don't know how wise that is). This dress above is one of my new ideas. It's a take on the classic pillowcase dress but with a keyhole back and made for grownups. It's super summery and I'd like to make some more because I really enjoyed this one. Everything in school has to be black or white, which has actually been more inspiring than I would have originally thought! I love challenges!

I also refashioned that denim jacket above. I'd been trying to ruffle the bottom and when that didn't work I got creative with stitching it back together.

You could say that's a good way to explain my life lately - What was supposed to happen has not and I'm trying to creatively stitch it all back together.

But I do want to come back to blogging. I'd hoped to have more of a business, new name launch, more business like as I had been doing last year. Scheduled posts. I don't think it's going to happen, though. I want it to happen, but realistically, it's probably going to be a little sporadic for a while longer. I do have a lot I want to talk about and a lot I will talk about (and a lot I probably can't talk about). Still, I'm hoping to turn around the last half of 2016 and make it way better than the first half. Keep your fingers crossed!